Year C, Easter 4: The Father and I are One

John 10:22
22 At that time the festival of the Dedication took place in Jerusalem. It was winter, 23 and Jesus was walking in the temple, in the portico of Solomon. 24 So the Jews gathered around him and said to him, "How long will you keep us in suspense? If you are the Messiah, tell us plainly." 25 Jesus answered, "I have told you, and you do not believe. The works that I do in my Father's name testify to me; 26 but you do not believe, because you do not belong to my sheep. 27 My sheep hear my voice. I know them, and they follow me. 28 I give them eternal life, and they will never perish. No one will snatch them out of my hand. 29 What my Father has given me is greater than all else, and no one can snatch it out of the Father's hand. 30 The Father and I are one."

Jesus prayed:  "I ask not only on behalf of these, but also on behalf of those who will believe in me through their word, 21 that they may all be one. As you, Father, are in me and I am in you, may they also be in us,"

We live in a world that is radically diverse, yet One.  The diversity, that which differentiates each of us from the other and from the world in which we live -- this is visible.  The oneness, that unity that binds us all together into the very fabric of life is invisible.  Faith alone can see this.

Imagine what it would be like if we could see the world the way it is, not just the way it appears.  Imagine if our eyes could see on an atomic level. 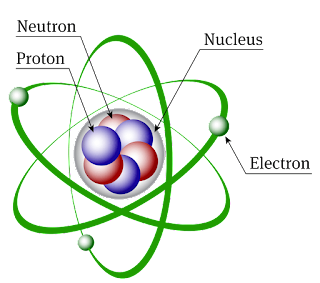 I'm fascinated by this.  Especially by how different the world is at an atomic level from the way it is that we perceive it.

Were we able to see at this level, what we would see is not the radical diversity of creation, but its radical unity.  It is a cosmic soup of atom upon atom, each bound to the other by the forces of energy, and each distinguished from each other by those same forces.

Wonder.  It is so elementary that all of creation is one.  Yet, we devote so much of our energy to the matter of differentiation.  The unity of creation is offensive to us.  And not only do we differentiate, we assign different values, values that always favor us, because after all we are making up these rules.

There is the differentiation of that which is "alive" from that which is "dead".  Of simple organisms from the complex.  Of plant life from animal life.  And at the pinnacle of it all, we stand, sentient beings, thinking, feeling, living beings.  To us alone do we ascribe souls, and the designation, "created in God's image".  Yet we do not stop there, we differentiate ourselves from one another by race, class, and creed and any number of other markers.  And to each we assign a value, greater or lessor, depending on how closely they resemble ourselves.

Over and against this differentiation of being and value, we have two of the most radical statements made by Jesus in all of Scripture.  The first statement almost got him killed.  And shortly after the second statement he was killed.

The Orthodox refer to this process of becoming One with God as Theosis.  In the West we are more inclined to see this as blasphemy.

The wonder of it all is the "Oneness", the unity of all creation with it creator, is not something to be aspired to, it is the fundamental basis of existence.  And to speak of the reconciliation that is at the heart of the Gospel message, is to reclaim this truth about ourselves.
Posted by Pastor Dave Olson at 5:57 AM